The pop doesn't stop as THE MARVELOUS WONDERETTES hit The Rep

The Marvelous Wonderettes, written and created by Roger Bean and directed and choreographed by Melissa Rain Anderson, heats up January with a spirited performance of '50s and '60s pop classics at The Repertory Theatre of St. Louis. The production runs January 3 – 28 on the Virginia Jackson Browning Mainstage at the Loretto-Hilton Center for the Performing Arts (130 Edgar Road).

A high school prom in 1958 and a 10-year reunion in 1968 provide the backdrop for some of the biggest hits of both decades, performed by an irrepressible quartet of young women. Featuring a stacked playlist that includes “Mr. Sandman,” “It’s in His Kiss,” “Respect,” “Son of a Preacher Man” and "Lollipop," it’s a joyous snapshot of a musical era.

Director Anderson is best known to local audiences for her acclaimed 2017 production of The Drowsy Chaperone with the Webster University Conservatory of Theatre Arts. She's also directed extensively at regional theatres throughout the country, including multiple productions of The Marvelous Wonderettes and its various sequels.

Tickets to The Rep's production of The Marvelous Wonderettes are currently on sale and can be purchased online at repstl.org, by calling the Box Office at 314-968-4925 or visiting the Loretto-Hilton Center at 130 Edgar Road (on the campus of Webster University) from 10:30 a.m. to 5 p.m. Monday through Friday. Ticket costs range from $18.50 to $89.

The Rep's production of The Marvelous Wonderettes is sponsored by The Rep's Leading Ladies. 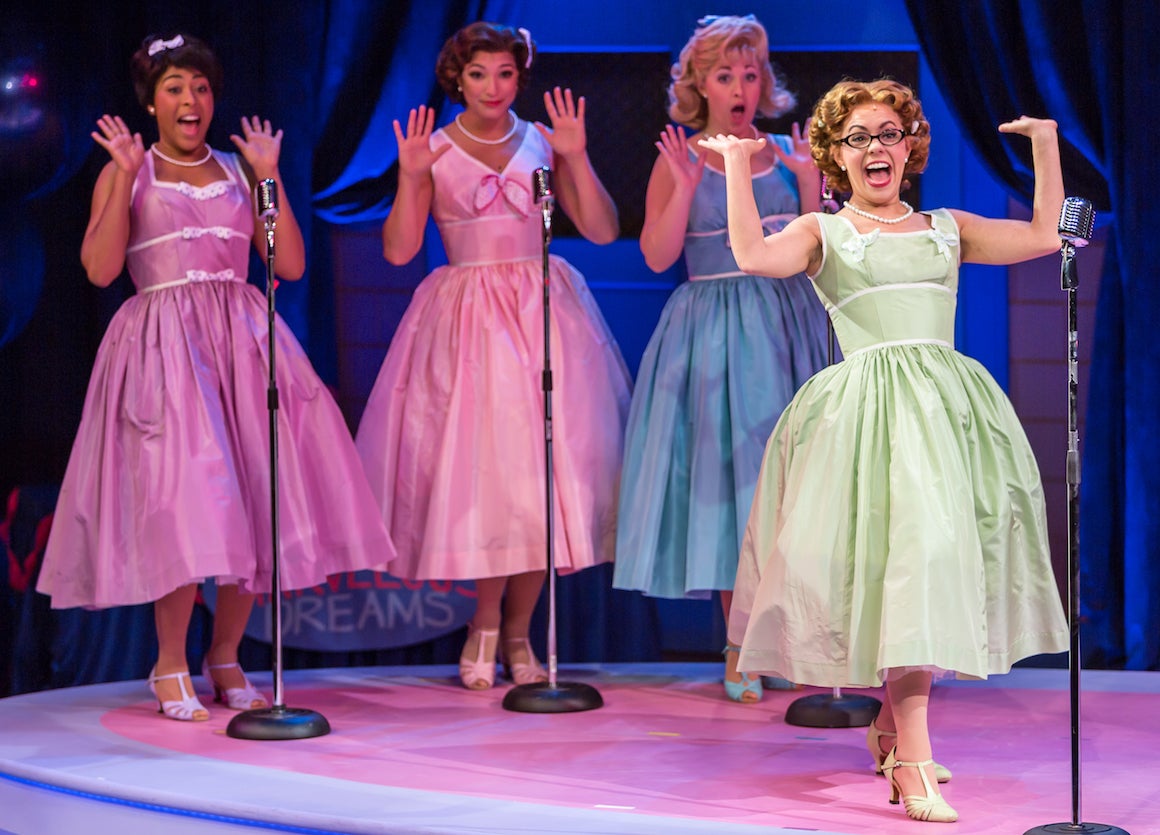