A full-scale calamity is about to ensue at The Repertory Theatre of St. Louis. The Play That Goes Wrong – a masterpiece of theatrical mass-destruction, has thrilled audiences on Broadway and London's West End. Now it makes its American regional theatre debut, as The Rep becomes the first U.S. theatre to self-produce the show outside of New York City.

A play-within-a-play, the show features all the myriad ways in which the opening night performance of The Murder at Haversham Manor goes horrifically wrong. A maelstrom of madcap madness ensues, complete with collapsing scenery, unconscious actors and a stage crew pushed to the brink. Will The Rep survive this train wreck of a play? Come find out!

Ka-Ling Cheung (The Curious Incident of the Dog in the Night-Time, 2017) appears as stage manager Annie, while Ryan George plays the show's Duran Duran-obsessed lighting and sound operator, Trevor.

The Play That Goes Wrong is sponsored by The Berges Family Foundation. 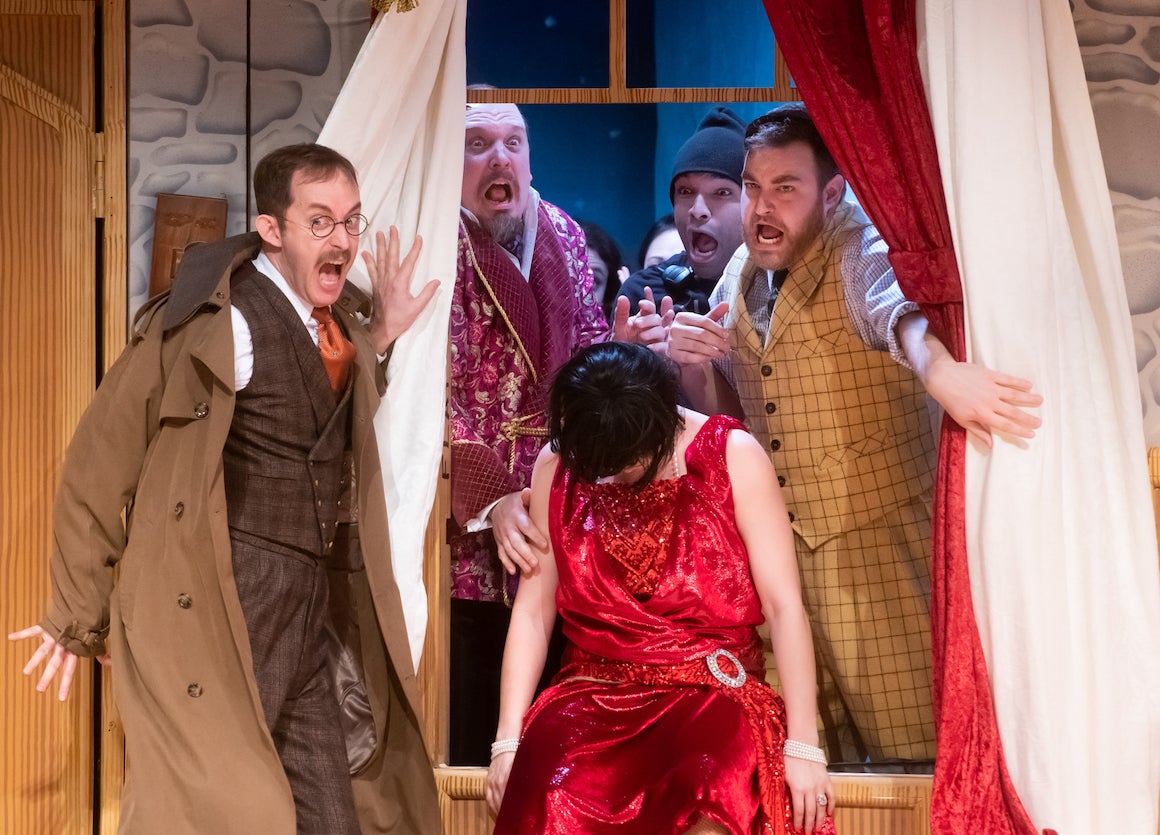