Admissions cast members Henny Russell and Kate Udall aren't just wowing audiences in our Studio Theatre every night – they're both currently streaming live on a laptop near you.

This year, both women landed impactful roles on the latest seasons of two of Netflix's most popular shows – Russell on the prison dramedy Orange is the New Black and Udall on the Marvel action show Daredevil. And neither of them saw it coming.

For Russell, her biggest hope in auditioning to play the psychotic prison boss Carol Denning was getting called back for a smaller role elsewhere on the show.

"I never thought I had a chance," Russell told the St. Louis Post-Dispatch. "I thought, 'They’re going to get somebody tougher and scarier. That’s not me, but I’m just going to go in and do the best I can.' The next day, when I got the call that I got the part, my jaw hit the table. I couldn’t believe it."

But Russell brought something unique to Carol – a cold and quiet menace hidden behind chunky '80s glasses – that made a deep impression. She started an Instagram account shortly before the latest Orange season began streaming, and almost immediately saw an enormous influx of followers from the show's rabid fanbase. Russell routinely reposts fans' artistic renderings of Carol, and even got to meet an Orange fan who road-tripped down from Iowa to catch Admissions' opening night:

For Udall, entering the world of Daredevil was a bit like entering a foreign land. In fact, she didn't even know what show she was appearing in until the first day of rehearsals.

That's because Marvel's TV shows use code names when shooting so that the company's legions of superfans don't invade the sets. In the case of Daredevil's third season, the show's alias was Ringmaster.

"I tried to do all this research on what this new show was and couldn't find out anything about it," Udall says. "Then on the first day of reading, I was walking around the table seeing the names. 'Vincent D'Onofrio? Huh.' And everything about the episode was marked '301.' Thankfully, I turned to someone who wasn't a big name and asked, 'Why are they starting with 301?' They stared at me and said, 'Because it's the third season. It's Daredevil.'"

Once she was situated, Udall fit right in as FBI special agent Tammy Hattley. To describe Hattley's arc on the show would get into spoiler territory, but Udall describes her as "confident, good at her job and respected by her people."

In addition to some challenging 3 a.m. shoots, Udall got to do a couple of small action scenes that are well removed from her usual experiences on stage or screen. She remembers spending a lot of time figuring out how to properly hold a gun for one particularly explosive scene.

"I was with two guys who were really into it, and I remember thinking, 'Oh, they've been playing cops and robbers their whole life,' which I haven't," Udall said.

While we certainly encourage you to check out both Russell and Udall's performances on Netflix, you're not going to miss them performing Admissions live in The Rep's Studio Theatre. Learn more and land your tickets below: 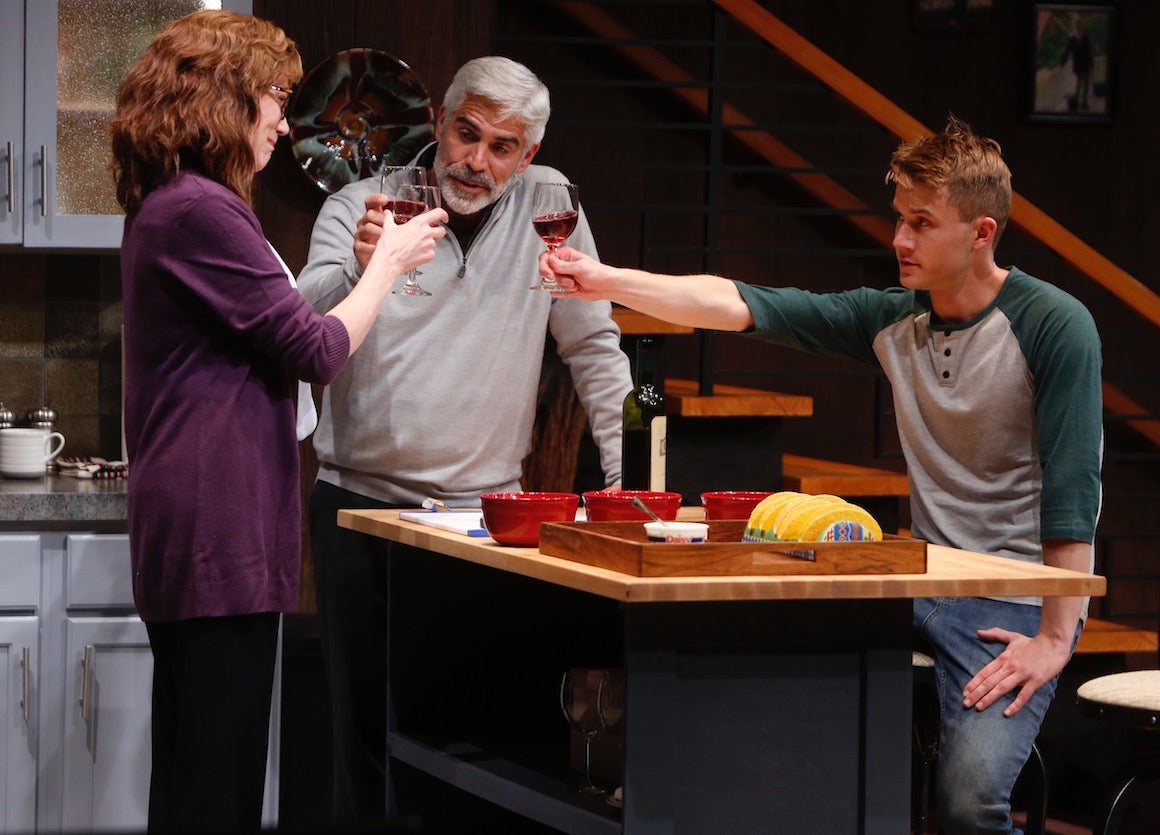