When designing the set for The Rep’s production of All My Sons, Michael Ganio had one overarching goal in mind: don’t just plop a house on stage.

He’d done his research on the history of Arthur Miller’s long-running classic, and in nearly every production, there it was: the Keller family’s house, a pre-built, middle-class home that loomed over the entire stage.

There’s a reason for that: most of those sets were following the lead of the show’s original scenic designer, Mordecai Gorelik.

“All My Sons premiered in 1947,” Ganio says. “The theatre world at that time was very different from how it is today. Mordecai Gorelik had just finished working in Hollywood, where at the time a lot of movies were not shot on location. Backyards and homes were created on soundstages.”

So using what he knew, Gorelik created a house similar to one that he might build on a Hollywood backlot. Since then, most productions of All My Sons have followed this model: the house is a very literal, very dominant part of the set.

But Ganio knew he wanted something different: “the shell of a home that holds secrets and holds ghosts.”

So in collaborating with director Seth Gordon and the rest of the show’s design team, Ganio came up with something new and arresting. He took photos of a real home in upstate New York, cut up the images and then applied them to his set model. When combined with Peter Sargent’s lighting design, the result is almost impressionistic: the Keller home still owns the stage, but it’s a fragmented tapestry of images instead of a big, blocky structure. 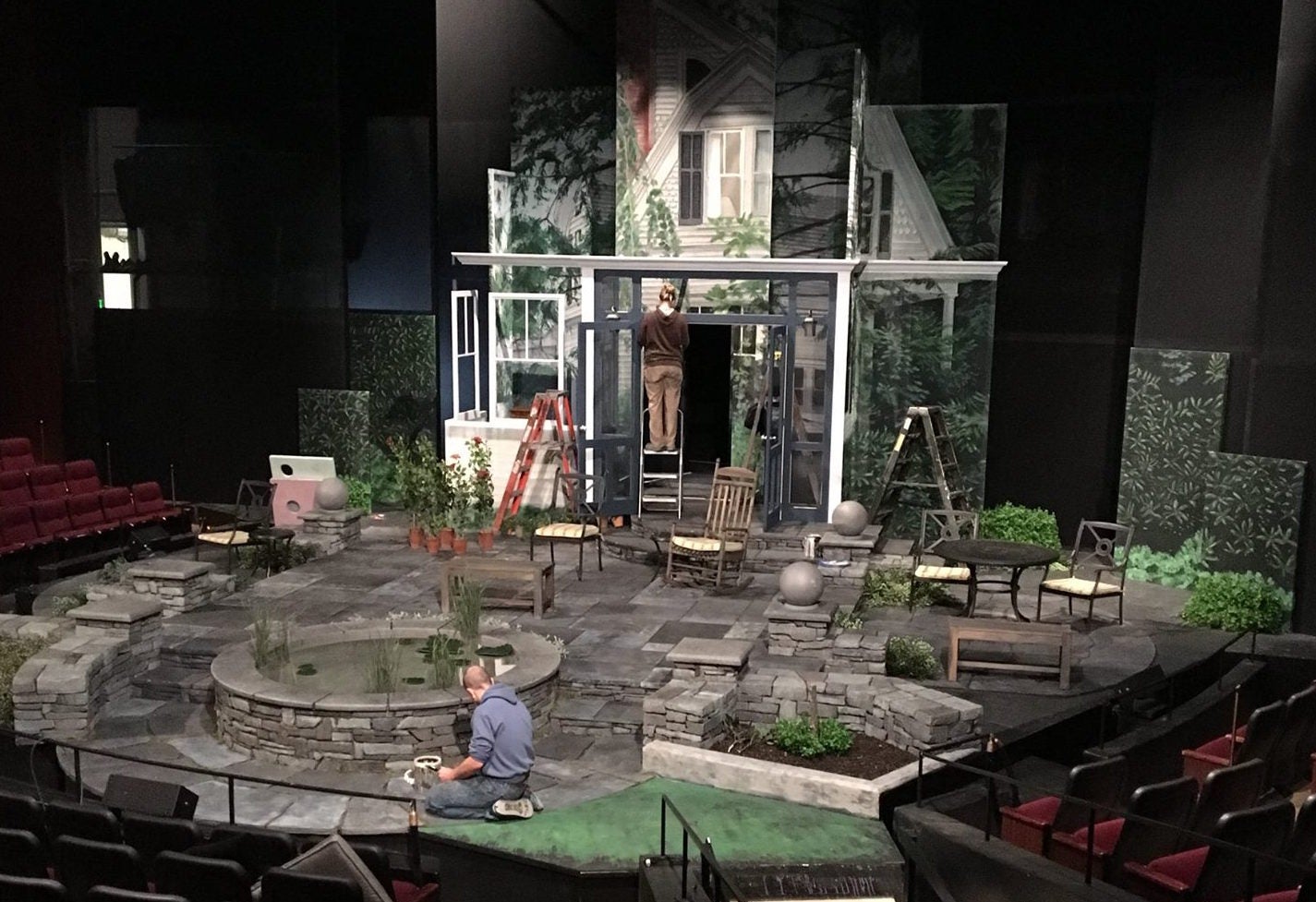 Midway through the show, lights reveal a seemingly endless row of suit jackets and shoes, all tidily arranged, cleaned and shined. It’s a visual reference to the Kellers’ eldest son Larry, who’s been MIA for three years following his disappearance in World War II. His mother, Kate, has kept his clothing perfectly preserved in his closet, convinced he will return one day.

But to Ganio, the image also represents a broader sense of loss for all the soldiers who have gone to war and never returned.

“Our country has been at war for more than 50 years,” Ganio says. “Unless it’s your son, or your daughter, or your wife, it’s lost on us. The enormity of that is lost on most of us and should not be lost on us. The closet is like a horizon line. You can imagine it going on forever in both directions.”

You can see Ganio’s set through Sunday, January 29, All My Sons’ final day of performances. January 29 also coincides with the 70th anniversary of the show’s Broadway debut. Secure your tickets here.