In their primes, Elvis Presley, Johnny Cash, Jerry Lee Lewis and Carl Perkins could burn the house down at will. They weren’t so much musicians as they were forces of nature, with talent and bravado that turned popular music upside down.

In casting Million Dollar Quartet, the smash hit musical that recounts the impromptu jam session where these four legends met, The Repertory Theatre of St. Louis had big shoes to fill. But in assembling its own quartet of rising musical theatre powerhouses, The Rep has brought together a group that captures the charisma of these legends.

Featuring a book by Colin Escott and Floyd Mutrux, with original concept and direction by Mutrux and directed at The Rep by Hunter Foster, Million Dollar Quartet runs March 15 – April 9, 2017 on the Browning Mainstage of the Loretto-Hilton Center for the Performing Arts.

Ari McKay Wilford (Elvis Presley) has appeared on the HBO series Vinyl as country great Conway Twitty, as well as on FOX’s Gotham. Wilford also served as an understudy for the Broadway smash Once. He has portrayed Elvis in Million Dollar Quartet at Westchester Broadway Theatre and The Gateway in Bellport, N.Y.

Dominique Scott (Jerry Lee Lewis) played the lead role of Drew in the national touring company of Rock of Ages from 2011 to 2012. He’s brought his charismatic take on Jerry Lee Lewis to productions of Million Dollar Quartet at Actors’ Playhouse at the Miracle Theatre and Westchester Broadway Theatre.

John Michael Presney (Carl Perkins) is a solo recording artist with a style that lies somewhere between between urban edge and country soul. In addition to participating in the national Million Dollar Quartet tour and portraying Perkins at Westchester Broadway Theatre, he’s appeared on the ABC series Betrayal.

Watch a clip of Wilford, Seals, Scott and Presney performing the show at Westchester Broadway Theatre below: 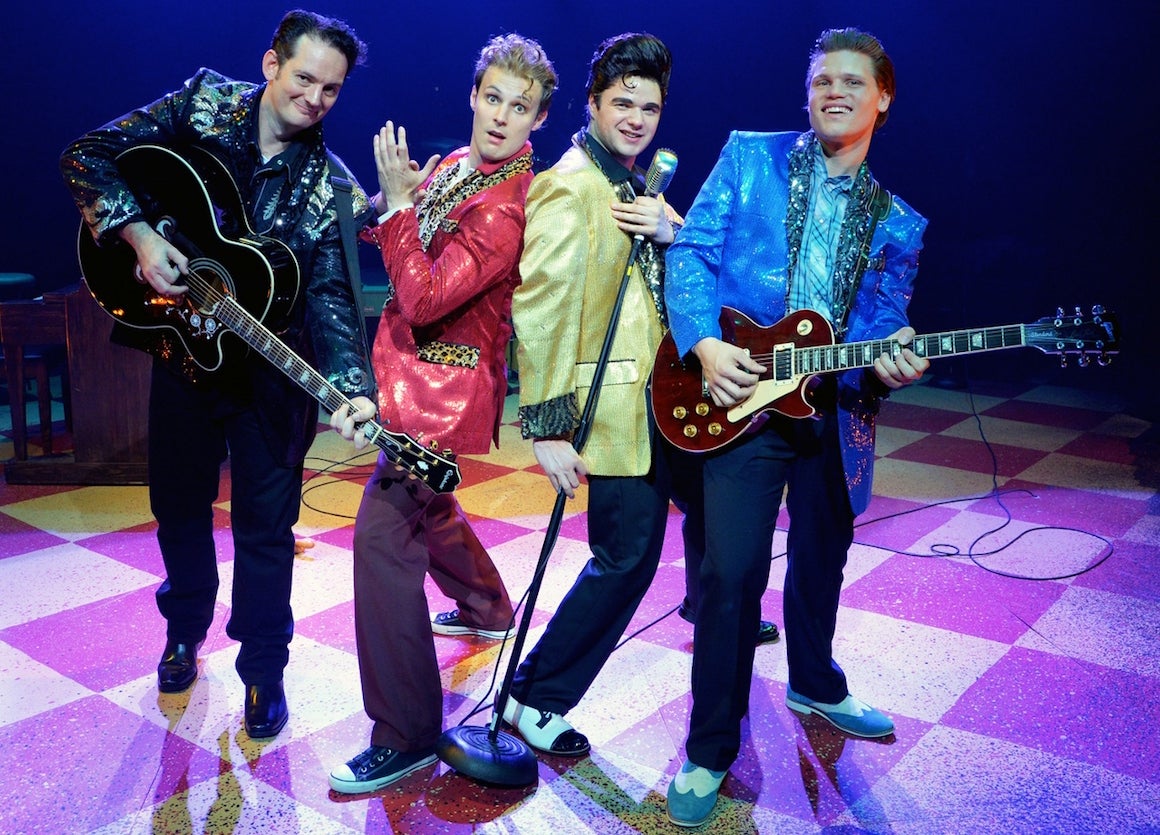