The Rep announces cast, production team for its season-opening EVITA

Meet the stars who will bring The Repertory Theatre of St. Louis’ lavish production of Evita to life. Running September 5–30 at the Loretto-Hilton Center for the Performing Arts and directed by Rob Ruggiero, Tim Rice and Andrew Lloyd Webber’s tour-de-force musical kicks off The Rep’s loaded 2018-2019 season.

Michelle Aravena (pictured at left) stars in the title role of Eva Perón. Having appeared on Broadway in productions such as A Bronx Tale: The Musical, A Chorus Line and Jersey Boys, Aravena is a megawatt personality to match that of Argentina’s iconic first lady.

Other featured members of the cast include Nicolas Dávila as the tango singer Agustín Magaldi and Shea Gomez as Juan Perón’s mistress.

Director Ruggiero is well known to Rep patrons for staging numerous unforgettable productions at our theatre, including a legendary run of Stephen Sondheim’s Follies that kicked off The Rep’s 50th anniversary season in 2016. That production won seven St. Louis Theater Circle Awards, including an outstanding director honor for Ruggiero.

The production team features music director/conductor Charlie Alterman, whose Broadway resume includes the Tony Award-winning 2013 revival of Pippin as well as Next to Normal. Choreographer Gustavo Zajac is a native Argentinian who has directed acclaimed tango shows in Buenos Aires and served as associate choreographer for multiple Broadway productions. 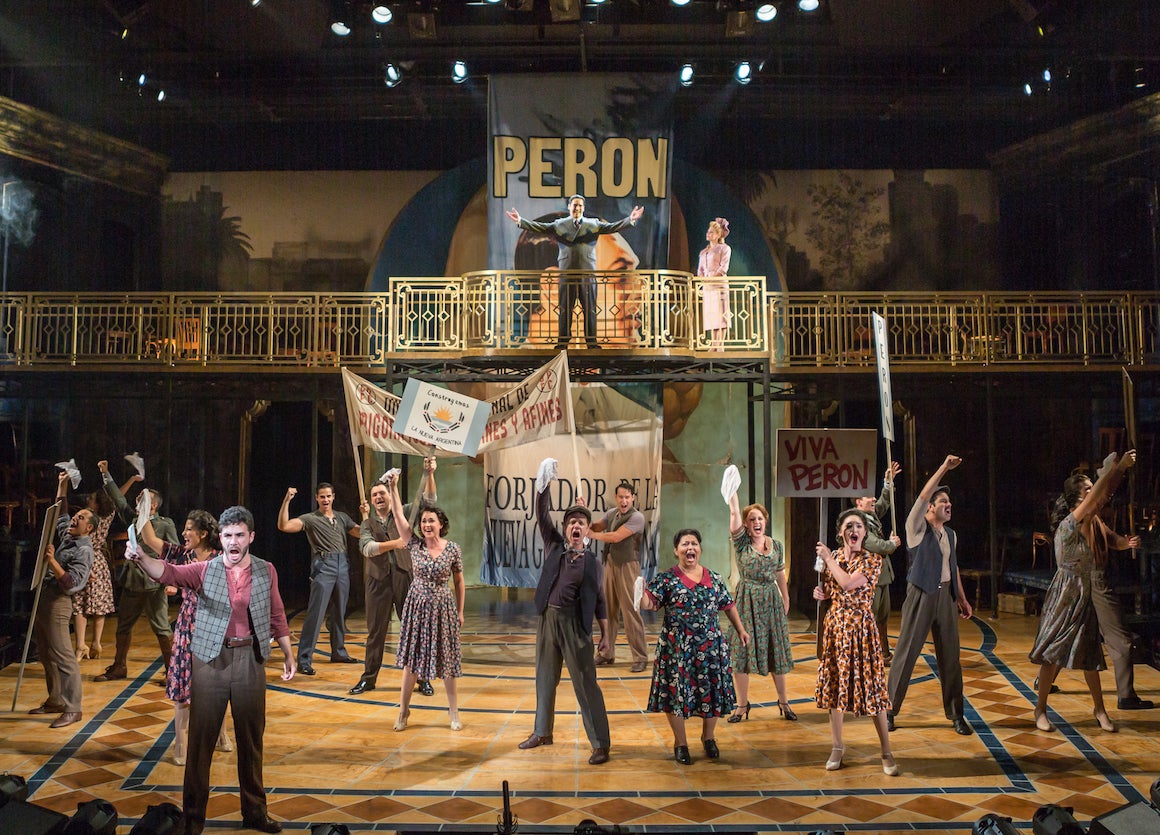