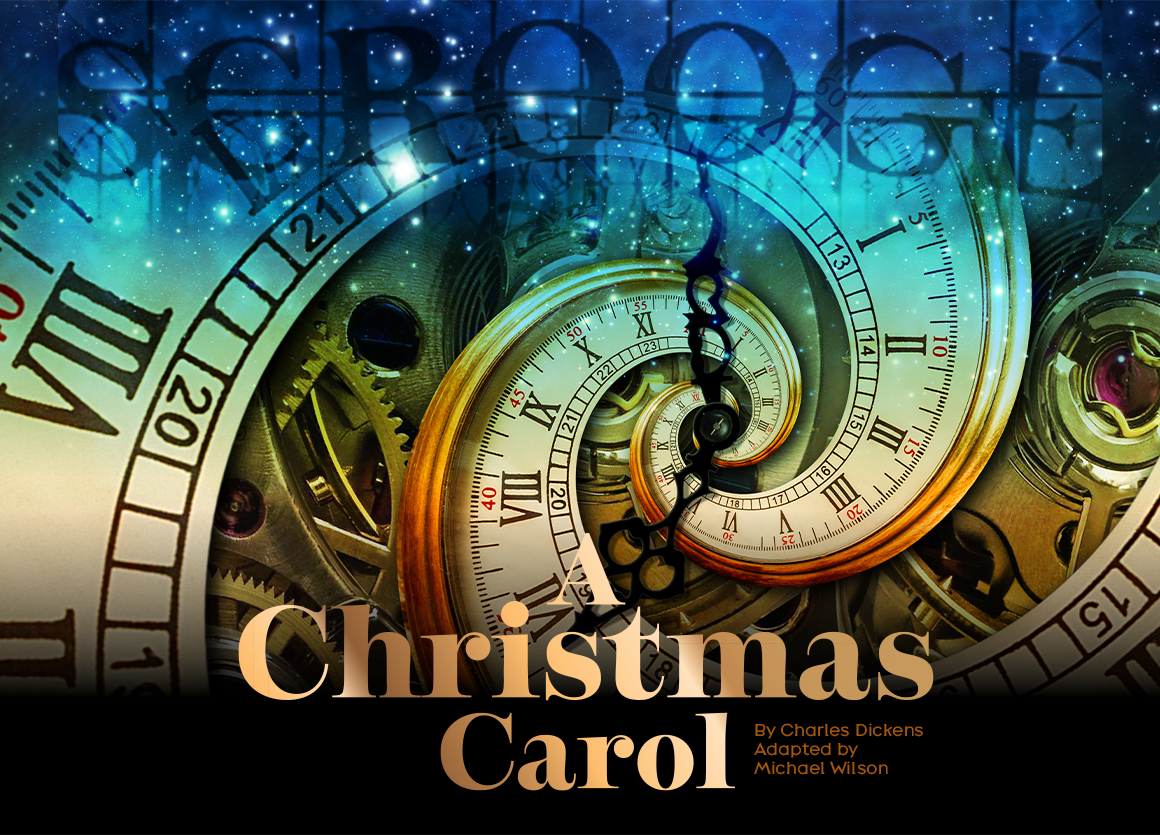 Experience the Magic of the Season with The Rep’s A Christmas Carol, A Holiday Tradition Returning November 18 - December 30, 2022

ST. LOUIS (November 3, 2022) – The Repertory Theatre of St. Louis (The Rep) invites you to experience St. Louis’ new holiday tradition. Ring in the season with the second annual production of Michael Wilson’s adaptation of the Charles Dickens classic, A Christmas Carol. Performances begin on Friday, November 18, with an opening night on Friday, November 25, and runs through December 30, 2022, on the Mainstage at the Loretto-Hilton Center for Performing Arts in Webster Groves.

At long last, the ghosts of Ebenezer Scrooge’s past, present and future have caught up with him. Now London’s most infamous miser must face down his demons, reconcile the consequences of his choices and experience the power and joy of a miraculous redemption. This magical production will again be directed by Hana S. Sharif, Augustin Family Artistic Director at The Repertory Theatre of St. Louis and choreographed by Kirven Douthit-Boyd, Artistic Director at The Big Muddy Dance Company.

Patrons will be immersed in the beauty and wonder of the season as The Loretto-Hilton Center for Performing Arts in Webster Groves is transformed inside and out with decorations, making St. Louis’ new holiday tradition a truly unforgettable experience.

In addition, this year The Rep is expanding the holiday cheer with special themed and accessibility performances to celebrate with the entire St. Louis community. Events include:

Military & First Responders Appreciation Weekend, Nov. 18 – 20 – In appreciation to all you do, The Rep invites active military, veterans and active or retired first responders to receive 50 percent off ticket prices all weekend using code THANKYOU at checkout.

Service Industry Night: Nov. 20 – $20 tickets are available for members of the food and beverage industry. Use code FEAST at checkout.

Pay What You Can, Nov. 22 – In the spirit of the holiday season and as part of its commitment to making theatre accessible to everyone in the community, The Rep is delighted to offer new ‘Pay What You Can’ days. Advanced tickets can be purchased online or in-person two hours before the designated performance, sold for whatever patrons can and feel comfortable paying per ticket.

Post Show Talkbacks, Dec. 1 & 7, 7 p.m. – Following the performance stick around for an informal discussion with members of the cast and creative team of the show.

Audio Described Performance, Dec. 8, 7 p.m. – The Rep partners with MindsEye to offer live audio description for the final Thursday performance of all productions.

American Sign Language (ASL) Interpreted, Dec. 10, 1 p.m. – An ASL interpreted performance will be offered on the final Saturday matinee. Interpreters will be inside the theater and sign along with what the actors are saying and expressing for the audience.

Open-Captioned Performance, Dec.11, 1 p.m. – The Rep offers open captioning, an electronic text display that shows what the actors are saying or singing, at the last Sunday show for all Mainstage performances.

Santa Saturday, Dec. 10 & 17. 1 p.m. matinees – Get in the holiday spirit and enjoy a show and pictures with Santa. Pictures will be taken after the show and are FREE.

Ugly Sweater Night, Dec. 23, 7 p.m. – Wear your favorite ugly sweater to the theater for a chance to win tickets to a future production.

Scouts Night at The Rep, Dec. 28 – 30 – The Rep celebrates all local Scouts BSA and Girl Scout members with tickets for only $10 each with promo code SCOUTS.

On December 16 at 7 p.m. & 23 at 1 p.m. The Rep will also offer Masked Performances. Masks will be required in the lobby and theater at all times unless actively eating or drinking. Food and drinks will be allowed in the theater. We ask that the mask be placed back on between bites or sips. We remind everyone to remain courteous of those around them who are also choosing to attend the theater for a masked performance and helping us adhere to these parameters. Proof of vaccination and temperature checks will not be required.

Tickets are on sale now and range from $23-$92. Visit repstl.org/holiday to purchase tickets.