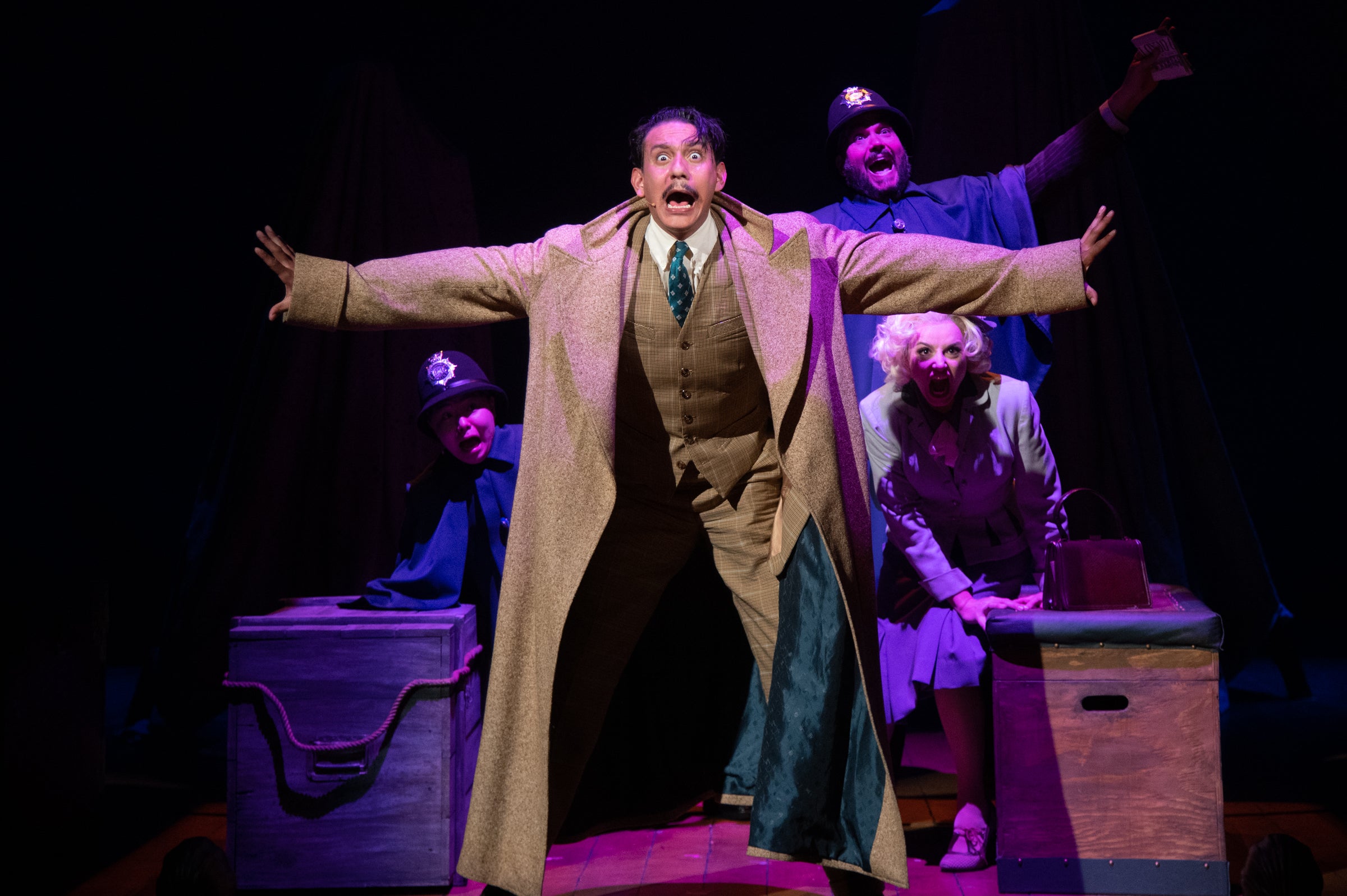 Adapted by Patrick Barlow | From the novel by John Buchan

Hitchcock meets hilarity in this madcap comedic thriller. Richard Hannay is an everyday bloke looking for a little more excitement in his life. But he gets more than he bargains for when he is unwittingly plunged into the world of spies, agents and espionage. Now it’s up to him, with the help of a mysterious woman, to thwart the plot of the dubious organization known as “The 39 Steps.” Don’t miss the tour de force performances as four actors take on over 150 roles in a plot packed with intrigue, international danger, old-fashioned romance, high-spirited comedy and a death-defying finale!