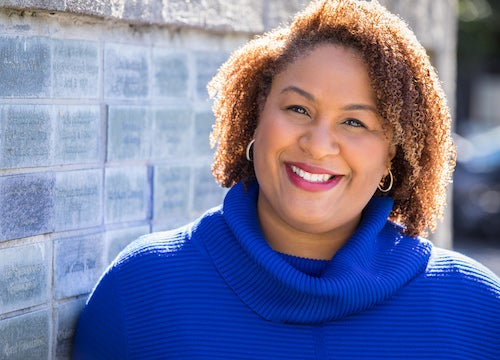 The Repertory Theatre of St. Louis is proud to announce Danny Williams as its new Managing Director. Prior to joining The Rep, Williams worked at The Public Theater in New York, where he has served in various roles since 2006.

Danny Williams became The Rep’s Managing Director in January 2022.  An experienced arts administrator, Danny has expertise in nonprofit accounting,  senior management, and organizational development.  Prior to joining The Rep, Danny worked at The Public Theater in New York, where he has served in various roles since 2006. Most recently, as Senior Director, Finance and Administration, he managed the daily and strategic financial operations of this $50 million nonprofit organization, successfully launched an organization-wide intranet, partnered with the development team to achieve fundraising goals, and collaborated on long-term financial planning and analysis, including cash investment strategies, budget analysis, and project management.  Noteworthy and favorite productions include Broadway productions of Fun Home, Eclipsed, Hamilton, and Hair along with Off-Broadway productions of Here Lies Love, Into the Woods, Twelfth Night, As You Like It, White Noise, and Rock Bottom.

Williams has also held roles with Musical Theatre International, Warren Miller Performing Arts Center, and Manhattan Theatre Club and has served as an adjunct professor in the performing arts management master of fine arts program at Brooklyn College. He earned a bachelor of science degree in marketing and theater from Fairfield University and spent a semester abroad studying at Regents University in the United Kingdom.