TO KILL A MOCKINGBIRD first rehearsal: what we learned

Whether through reading the book or seeing the film adaptation, just about everyone has preconceived notions about how Maycomb, Alabama should look, sound and feel.

When the production team and cast met Tuesday for the first rehearsal of The Rep's production of To Kill a Mockingbird, it was clear that this particular adaptation will work both with and against those expectations. It will be a unique production that introduces new artistic elements while still retaining the soul of Lee's beloved tale.

Here's what we learned from the first rehearsal:

1. The set will be a living, breathing character.

Set designer Narelle Sissons showed off her concept for the Mockingbird set, and it's unlike anything we've seen in recent memory. The set will follow the memory of Jean Louise Finch, the elder version of heroine Scout who narrates the play.

It begins almost stripped bare. But as Jean Louise recalls the events of her childhood, Maycomb will spring to life on stage: grass will grow from the ground, a tree on stage will sprout new limbs and pieces of scenery will appear to sketch in the details.

2. Maycomb's African-American community will be ever-present.

In an enhancement of Christopher Sergel's theatrical adaptation, director Risa Brainin and her team have introduced a group of characters called "The Community." These are Maycomb's African-American residents, and their daily lives will form a parallel story to Scout's coming-of-age tale.

3. Music will be an essential part of the production.

4. Color photos of the Deep South inspired the costumes.

Costume designer Devon Painter drew much of her creative inspiration from a collection of color photos that the Farm Security Administration took of the Deep South in the 1930s. FSA photographers are best known for historic black-and-white shots like "Migrant Mother," but their color photos are just as illuminating. Check out some of the photos Painter used as reference here.

Not to be lost amidst all this artistic talk are Lee's incredible characters. The Rep's cast brought these iconic figures to life during the first table read of the script. Real-life twins Ronan (Jem) and Kaylee Ryan (Scout) — pictured above — make for a delightful sibling tandem, and they're matched by the precocious Dill, played hilariously by Charlie Mathis.

The group is already bonding beautifully. 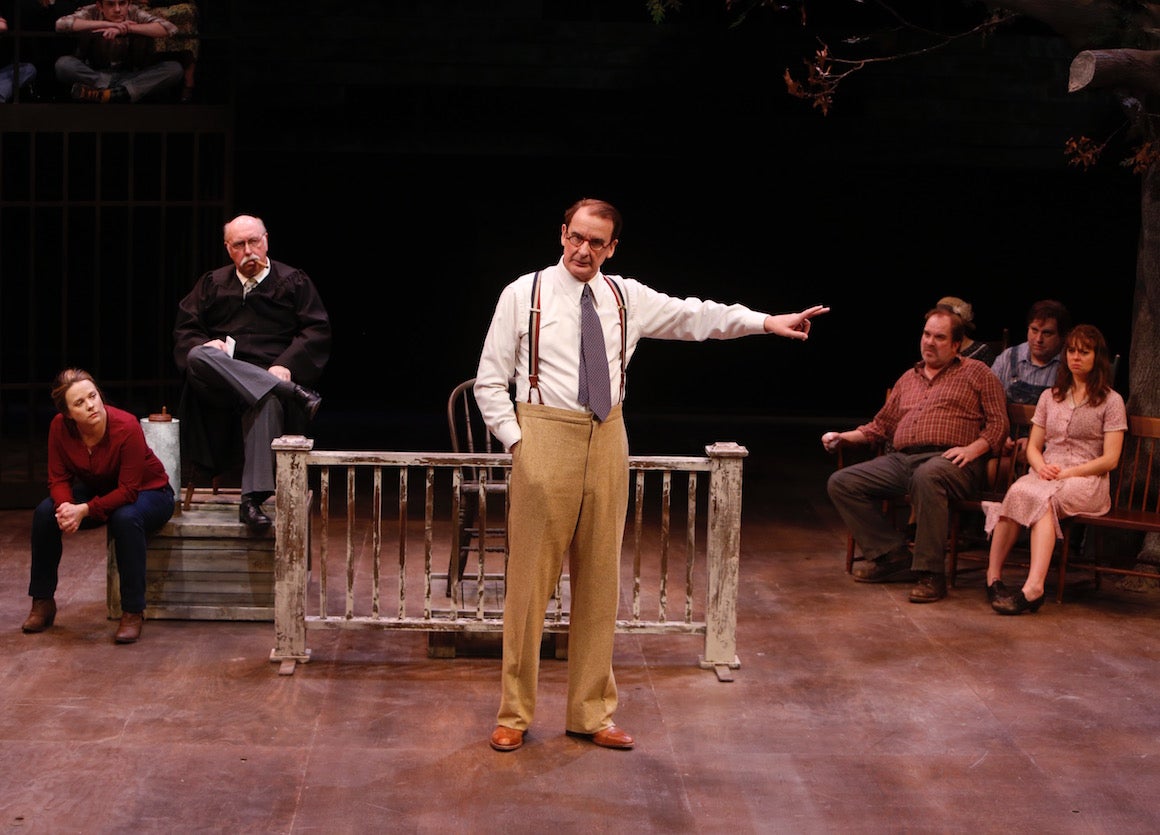