Hana Sharif (Augustin Family Artistic Director) has enjoyed a multi-faceted theatre career, including roles as an artistic leader, director, playwright and producer with a specialty in strategic and cross-functional leadership. She served for five years as Associate Artistic Director at Baltimore Center Stage, where she oversaw the day-to-day execution of all of the mainstage and studio productions, and was the architect of the innovative CS Digital program: a platform that pushes the boundaries of traditional theatre and looks at the nexus point between art and technology. Her other achievements at Baltimore Center Stage include prototyping the Mobile Unit, strengthening community engagement, producing multiple world and regional premieres and helping to guide the theatre through a multi-million dollar building renovation and rebranding effort. In 2012, Hana served as the inaugural Program Manager of the ArtsEmerson Ambassador Program and launched ArtsEmerson Artist-In-Residency program featuring playwright Daniel Beaty. In addition to her work at ArtsEmerson, Hana leveraged her regional theatre experience to freelance produce for smaller theatre companies, looking to expand and restructure their administrative teams. Hana served as developmental producer and program manager for Progress Theatre in Houston, where she consulted with the Artistic Director on redefining the artistic vision and subsequent recasting of the ensemble company and lead strategic organizational planning focused on LORT market entry. During her decade-long tenure at Hartford Stage, Hana served as the Associate Artistic Director, Director of New Play Development, and Artistic Producer. Hana launched the new play development program, expanded the community engagement and civic discourse initiatives, and developed and produced Tony, Grammy, Pulitzer and Obie Award-winning shows. From 1997–2003, Hana served as the co-founder and Artistic Director of Nasir Productions, a theatre dedicated to underrepresented voices to challenge traditional structures. Her guest lecturer credits include Spelman College, Sewanee University, UT Austin, UCSD, Prairie View A&M, Emerson College, Maggie Flanigan Studio, Towson University, UMD, UConn, UMass and University of Hartford, among others. Additionally, Hana has directed acclaimed productions of Porgy & Bess, The Who & The What, Fun Home, Sense and Sensibility, The Christians, Les Liaisons Dangereuses, Pride and Prejudice (DCArts: Best Director/Best New Play), The Whipping Man, Gem of the Ocean (six CCC nominations), Gee’s Bend (CCC Award Best Ensemble, two nominations), Next Stop Africa, Cassie, The Drum and IFdentity. Her plays include All the Women I Used to Be, The Rise and Fall of Day and The Sprott Cycle Trilogy. Hana holds a BA from Spelman College and an MFA from the University of Houston. She is the recipient of the 2009–10 Aetna New Voices Fellowship, EMC Arts Working Open Fellowship, Theatre Communications Group (TCG) New Generations Fellowship, and is a founding member of The Black Theatre Commons (BTC). She serves on the board of directors for the TCG, BTC, and the Sprott Foundation.

Check out videos of Hana as she introduces herself to the St. Louis community.

Take a guided tour of Hana's first season at The Rep:

Paul Schankman of HEC-TV interviewed Hana about her journey to The Rep and what's next: 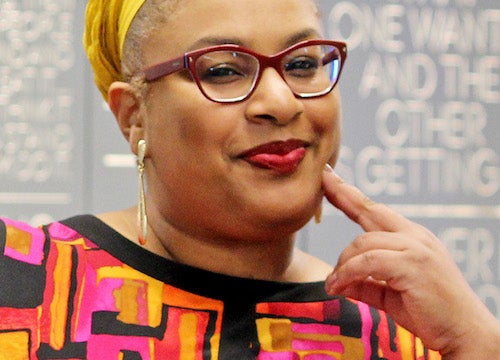 Read our introductory Q&A with Hana about her plans for The Rep, the playwrights who inspire her, and how she plans to get to know St. Louis. 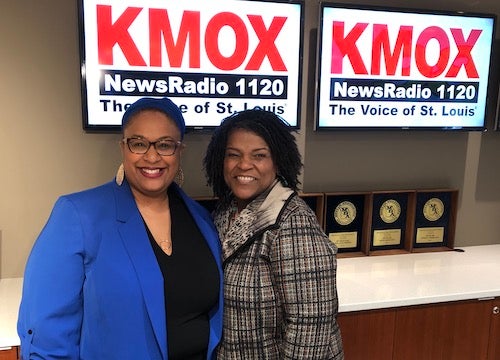 April 27, 2019: Hana speaks with Carol Daniel of KMOX about her career, getting to know St. Louis and taking on the role as The Rep's next artistic director. (Link)

April 12, 2019: Hana goes on the Regional Originals podcast with M. Graham Smith of the Stage Directors and Choreographers Foundation. (Link)

April 9, 2019: Hana speaks to American Theatre about where she wants our field to be 10 years from now. (Link)

March 19, 2019: The New York Times features Hana in its article on the American theatre world's next generation of leaders. (Link)

October 9, 2018: American Theatre interviews Sharif on her new role at The Rep. (Link)

Click on any headshot below and a hi-res version will open in a new tab or window. All photos below by Cheshire Isaacs.